There are more than 6 million motor vehicle accidents each year in the United States, which results in nearly 2.5 million injuries annually. Traumatic brain injuries, also known as TBIs, are one of the most common types of injuries associated with car, truck, and motorcycle crashes. According to the Centers for Disease Control and Prevention (CDC), nearly three 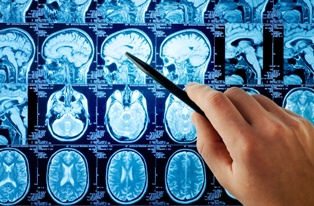 million Americans are treated for TBIs every year and the American Association of Neurological Surgeons (AANS) estimates that between 50 and 70 percent of TBIs were sustained in motor vehicle crashes.

If you were diagnosed with a TBI after being injured in an accident caused by another person’s or entity's negligence, you may be entitled to compensation for your injuries and other damages. Here's what you need to know.

What Is a TBI?

A traumatic brain injury, or TBI, is a serious head injury caused by a blow or jolt to the head or body that's so severe, it disrupts the brain's normal functions. While not all blows or jolts result in a TBI, the violent jostling of a car accident creates conditions ideal for causing this type of injury.

TBI is a catch-all term that can be used to refer to any of the following four types of brain injuries:

Each of the above types of TBI can range in severity from mild, to moderate and even severe cases.

Living With a TBI

Moderate to severe TBIs can result in long-term or even lifelong physical, cognitive, communicative, and behavioral impairments. Additionally, TBI symptoms can include:

Depending on the severity of their TBI, accident victims may be unable to hold a job or even care for themselves. As a result, in addition to ongoing medical care for the TBI and related conditions, many TBI patients require 24-hour assistance, whether in their home or in a dedicated facility. Unfortunately, the costs of such care can add up quickly. However, a skilled personal injury attorney can help accident victims who suffered a TBI pursue the compensation they need and deserve.

If you or a loved one sustained a TBI in a motor vehicle accident caused by another person or entity's negligence, your life may never be the same again. Let the knowledgeable personal injury lawyers with Cullen and Hemphill, PLC, review your case and help you explore your legal options. Contact Cullen and Hemphill, PLC, today to schedule an appointment for a free initial case consultation.